EverQuest Next Landmark has recently reached “alpha”, an early non-feature complete testing stage, and has opened to player testers that have either been invited to test via sign-up and limited selection, or that have purchased a pre-release game package.

Having done the latter, I spent some time in the past couple days checking it out. I’ll post in the future on my evolving review. For now, I’ll say that despite evolving features and plenty of bugs I got a kick out of getting in and trying out some building. I also wanted to post some pictures of a first building project I used to get acquainted with the tools and environment.

Finding “claim” or area in the landscape that you get to own and build on is a bit of a challenge, since space is limited while they open a limited set of servers and “islands” for testing. I managed to get some space on a mountainside and decided that for my first project I’d experiment with using the landscape rather than flattening the entire plot and building from there (not uncommon from what I’ve seen from players so far.) 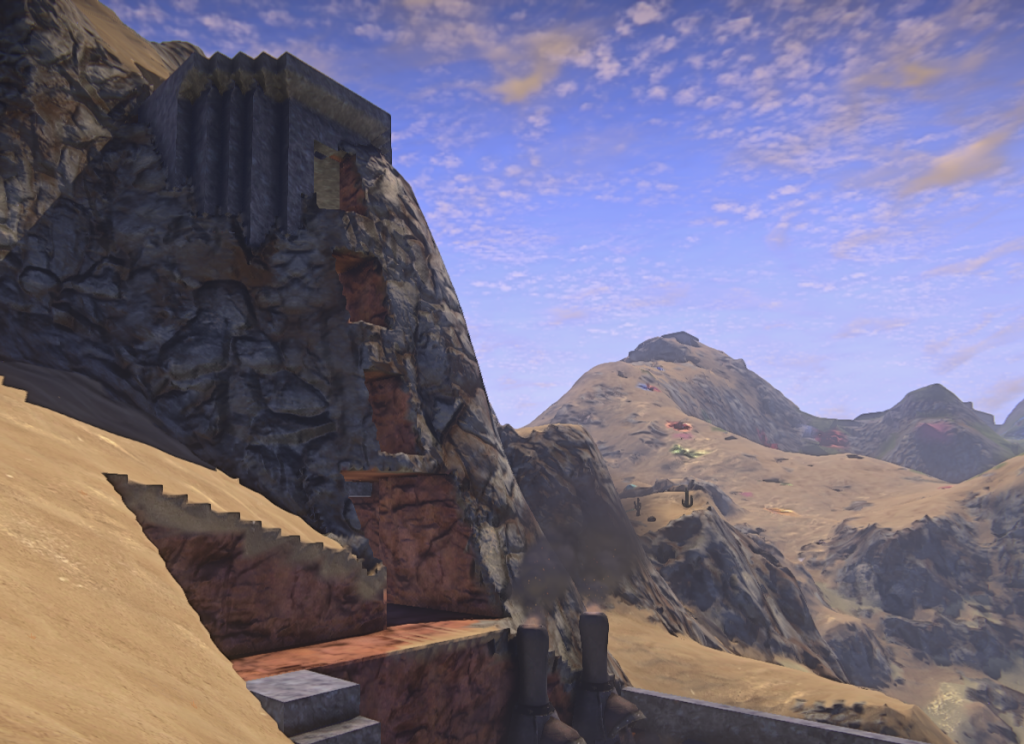 I started at the top and cleared the area for the upper tower and laid the upper floor and surrounding crenellation.

Then, in a strategy I would not recommend necessarily, I went to the base of the mountain and built the lower, two floor crafting area shown here. From there, I carved out into the mountain base and then went back to the top and started carving down into the mountain, hoping that the two would meet in a roughly usable way.

I ended up with a four floor tower carved into the mountain with windows carved out on each floor. This overlooks a two floor crafting terrace, where I can keep my forges and crafting tables for now.

All in all it took a couple hours to craft with the very simple materials I used. I found it pretty compelling, though I don’t know if I’ll actually finish it from here or reset and try out a couple other ideas I have.

Let me know if you have any questions or want to hear more about EQNL!

(Oh… a “voxel” is a 3D pixel or a fancy name for the building block model that EQNL uses.) 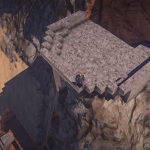 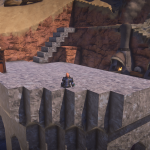 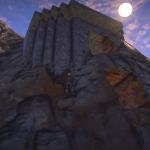