I wanted to take the next steps in working with stone and some traditional castle type shapes. With cylinders, domes and arches worked out I decided to put together a small castle/keep arrangement and try a few of them together.

I also was looking for a unique location for the castle and after some playing with the “stucco” texture came up with something that looked like a piece of a cloud. Putting the two together I decided to put up a “Castle on a Cloud” (thanks Les Misérables.) The final piece was some sort of connector to the ground and what better way to climb up into the clouds than a beanstalk!

Here’s where it stands, rough structure, all dirt/stone: 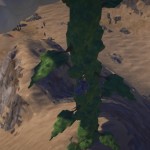 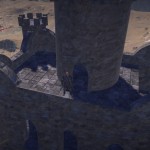 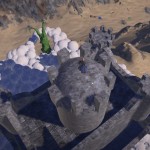 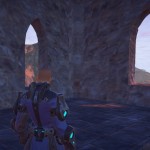 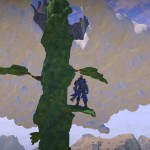 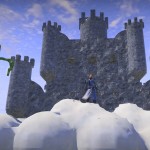 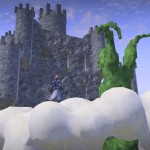 This is probably as far as I’ll take it at this point and will likely be resetting the claim and going after some other brainstorm in the next day or two. If anyone would like a quick tour before demolition or has any questions let me know here or on Twitter. (Claim is on Serenity – Ravine @ 1:00 from hub and 40% of the way toward the rim.)

Keep Calm and Build On