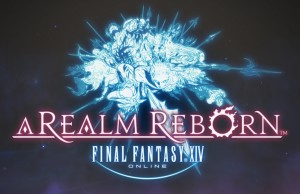 FFXIV has launched over the past week or so and while interest and popularity seems high the game infrastructure has been struggling mightily to hold up under the typical MMO launch onslaught. Square Enix has plans in the works to update the datacenter hardware and infrastructure over the next few days, so hopefully we’ll see a recovery on that front soon.

With the strong interest in FFXIV among the AIE community an “Expedition” has already been established. For those not familiar with AIEs entry into new games, a structured process (the G.E.R.P.) is used to first explore the game, determine interest and fitness to the community and take the necessary steps, if warranted, to establish a home.

So far, AIE has set up a Linkshell (a sort of general chat channel) and a Free Company (guild) on the Gilgamesh server. However, with the guild in expedition and the general lack of stability and availability of the servers in general, AIE members are currently spread across a few different servers. This exploration will help to find the final home for the guild as things settle in the next week or so.

As for my time in game, I rolled an Archer on Gilgamesh during pre-release. I’ve not had all that much luck on a day to day basis in getting in and playing (the dreaded 1017, world is full notice being the main issue) I was able to play for a few sessions and am up around level 16. I got far enough to get a good sense of the solo/leveling experience and some grouping aspect. Here’s a few of my notes so far.

I’ll be interested to see where this goes over time and I’ll continue to post significant updates as they come up. Let me know your thoughts on the game so far. Enjoy!